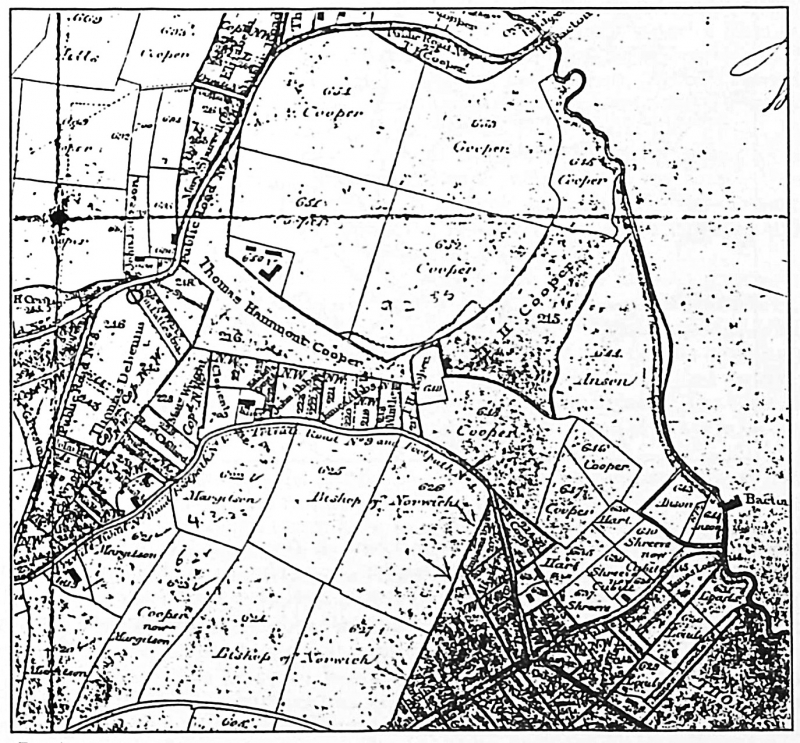 Enclosure took place in the early 19th century in many parishes in East Norfolk bringing more efficient farming and a marked change in the physical appearance of the landscape. An Act of Parliament to enclose the commons and wastes of North Walsham and Felmingham was granted in 1808 and the Enclosure Award was made in 1814. Fig 1 shows Bluebell and Spa Commons from a copy of the Award Map setting out the way in which the Commons were to be divided and allotted and roads to be built or modified.
Fig. 2 is an extract from the Ordnance Survey Map of 1885. Roads are set out as on the earlier map although some alteration has been made in the allotment boundaries. Houses have been built around the periphery of Spa Common but development at Bluebell Common has been minimal since enclosure. Also shown in this map are the changes made by construction of The North Walsham and Dilham Canal. Oystern Bridge is shown here as Austin Bridge. Of the inns on the map the 'Blue Bell', as noted in chapter 1, was already established by the late 18th century; the 'Anchor' was not operating until after the middle of the 19th century and was, presumably, opened as a result of housing development growing up in the area. 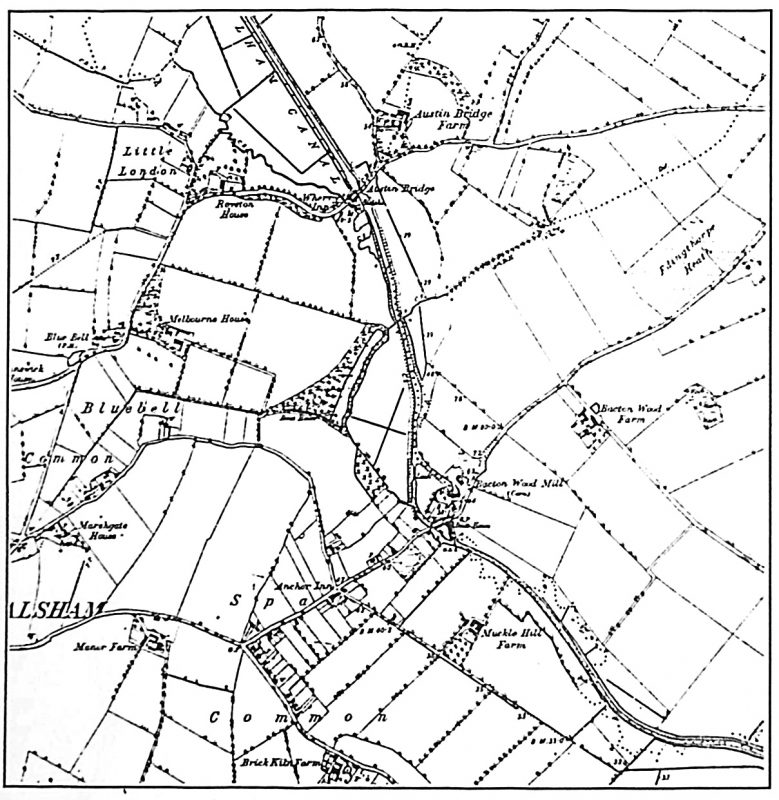