You are here: North Walsham & District Community Archive / Other Stuff!! / In the Press / NORTH WALSHAM 19th C. / A Young Society

Victorian Society was predominantly a young society and in 1851 approximately 74% of the population of North Walsham were under 40 years old. Children under the age of 14 years contributed to a significant proportion of this figure and comprised about 33% of the total population of the town. Of the older age groups only about 8.8% were aged 60 years and above. Those between the ages of 60 and 75 comprised about 6.8% and the over 75's only 2%. 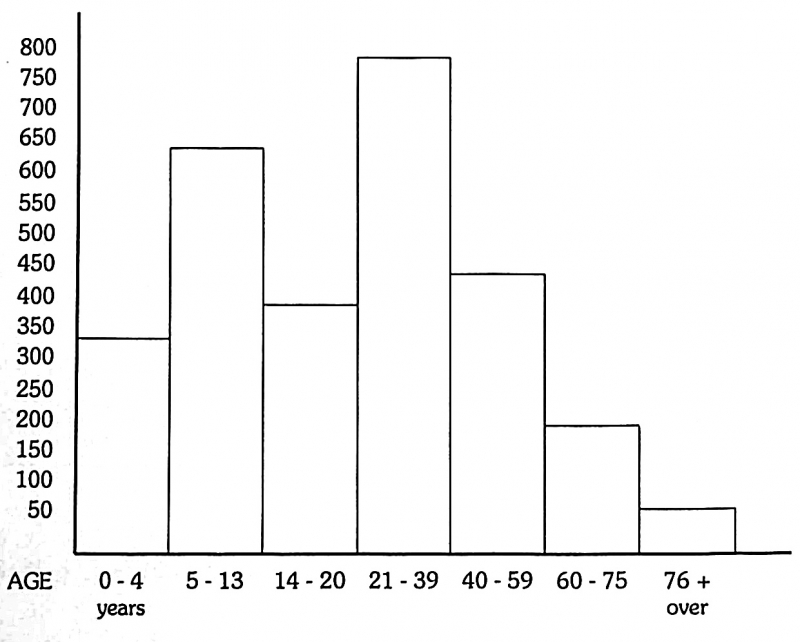 Of those over 75 years of age the ratio of women to men was 3 to 2. The oldest woman in the town was Judith Bailey aged 90. John Laycock, aged 95, was the oldest man. Altogether, there were 4 men aged 90 and over. Daniel Taylor, aged 84, was a Chelsea Pensioner. Two aged brothers, who are mentioned elsewhere in the text, were James Willis aged 91, a former weaver and John Willis, once a carpenter, whose age was given as 87 years. Another set of elderly brothers were Robert and John Baker; Robert aged 78 was described as a land agent and John, at 80 years old, a chief constable but presumably retired! The Vicar, the Rev. William F. Wilkinson, was also aged, being 84 years old and Honora, his wife was 80.