Opening the Cottage Hospital as a memorial of the Great War

Opening of the North Walsham Cottage Hospital
Opening of the North Walsham Cottage Hospital took place on August 27th 1924. The Cottage Hospital was opened by Her Highness Princess Mary Louise as a Memorial to the 179 men from the Town and its locality who laid down their lives in the Great War of 1914-1918. The photograph, taken by R.M.Ling (l), shows Mr John Dixon, Chairman of the Hospital Committee, giving his speech. The Hospital was built on an acre site given by Mrs John Wilkinson of the "Oaks". The foundation stone had been laid by Lady Suffield on September 18th 1919, but the work of building was delayed, owing to the high cost of labour and materials, until January 1923 when the plans, prepared by architect, Mr Williamson, were finally approved. The construction was undertaken by Messrs Mace Bros. of North Walsham at a cost of 4366. In the first two years of active existence, "no less than 484 cases of illness were treated who would otherwise have had to go to Norwich and, in some instances, have suffered a long period of waiting before admittance could be gained to the Institution of that city." 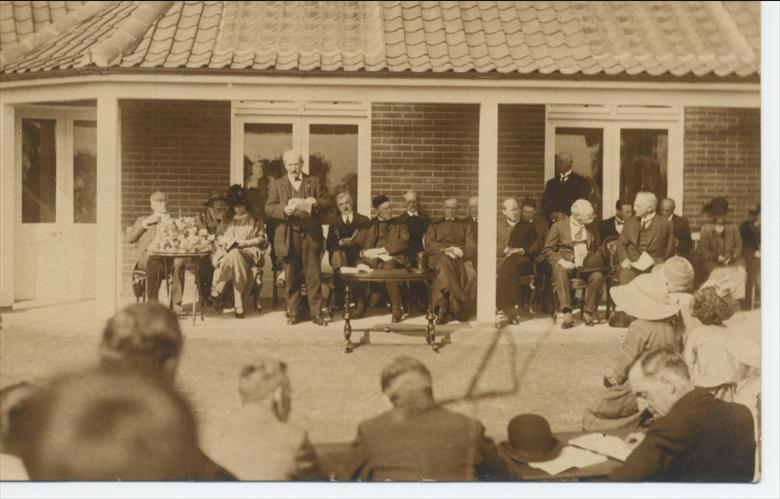 This archive item has been viewed 2737 time(s). 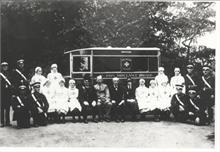