The North Walsham Wesleyan Chapel
Taken about 1910, this photograph shows the Methodist Wesleyan Chapel standing at the corner of Church Street and Hall Lane. It was built around 1820 to serve the Wesleyan branch of the Methodist Church, which it did until 1934, just two years after a "Deed of Union" had been passed by parliament, officially uniting the Wesleyan Methodists, the Primitive Methodists and, the lesser known (and confusingly named), United Methodists. Shown in its hey-day, the area before it was enclosed by attractive cast iron railings and ornamental gates, flanked by gas lamps. Above the level of the porch roof, the building retains much of its original character with the two first floor windows and the "attic light " being unchanged. The brickwork on the side elevation has since been rendered with a further first floor window and a ground floor door added. Since its use as a chapel it has been converted to house two shops with first floor flats. 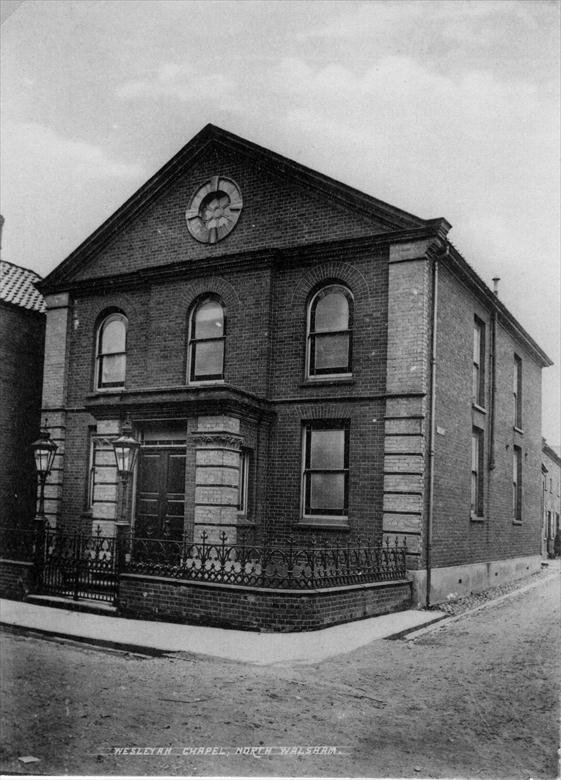 This archive item has been viewed 2529 time(s). 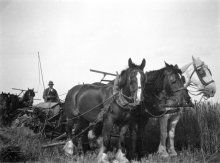