The Temperance Hotel, North Walsham
This 1930s photograph shows Mrs Maudie Blake (nee Cousens) before the door of Stroulger and Spelmans Tea Rooms and Temperance Hotel in the Market Place. The first mention of the Temperance Hotel was in 1892 when Thomas Laxton Allen advertised "good commercial accommodation, well aired beds and moderate charges."By 1912 it had become the Temperance Hotel and Tea Rooms, with Alfred Atton the proprietor, and offered "good accommodation for commercial gentlemen and cyclists." In 1916 it is listed under the name of William Felsted but, by 1922, it then appeared under the name of Miss Bessie Stroulger, the proprietors being Atton and Stroulger (Misses)..presumably Miss Atton being the daughter of Alfred Atton. By 1925 it had become Spelman and Stroulger (Misses), only to change, in 1929, to Stroulger and Spelman and the address became No. 18 after the Post Office required all properties to be numbered. The last reference appeared in the trade directory of 1937 and it is probable that the business of Miss Bessie Stroulger and Miss Lily Spelman ceased soon after that. The building now forms the left-hand half of Lloyds TSB. In common to most of the Market Place properties, the first and second floor windows are virtually unchanged. 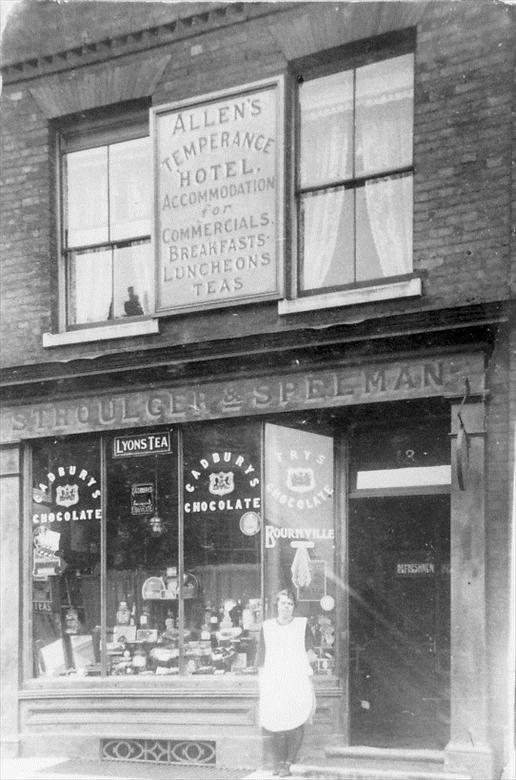 This archive item has been viewed 2312 time(s). 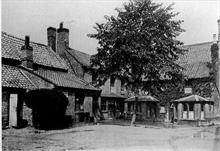