The Fishers Theatre opened on May 6th 1828 in Vicarage Street, North Walsham on the site of a barn which had previously been used for theatrical productions, at least, since 1818. This picture is a sketch, made by Mr G.T.Plumbly in the very early 1900s, from a watercolour of the theatre painted in the year of its opening. The Fishers were a very active theatrical family who ran the Norfolk and Suffolk Company of Comedians. David Fisher joined the William Scraggs Company of Comedians, became a partner and, on Williams death in 1808, formed his own company, and began building theatres in towns including Beccles, Bungay, Dereham, Eye, Lowestoft and, the last one, North Walsham. The theatre cost 1800, enjoyed great popularity, and, at one time 18 members of the Fisher family were acting with the company. Bespoke performances were possible and one bill-head shows that, on 9th April 1830, "by desire of Mr and The Hon. Mrs Petre of Westwick Hall" , there were performances of the "Barber of Seville" and "The Masters Rival". In April 1838, productions of "Isabella" and "A Day Well Spent" were given "By desire and for the benefit of the North Walsham Masonic Fund.Unfortunately, a countrywide recession in the theatre resulted in all the theatres owned by the Fishers being sold. In 1845, the North Walsham theatre was sold for just 400 and became the National School until the Board School opened on Manor Road in 1874.Thereafter, for many years, the building served as the Church Rooms and, for a period during the First World War, was used as the YMCA "Soldiers Hut". Now, in 2009, it is the home of the Wilco Motorist Store. 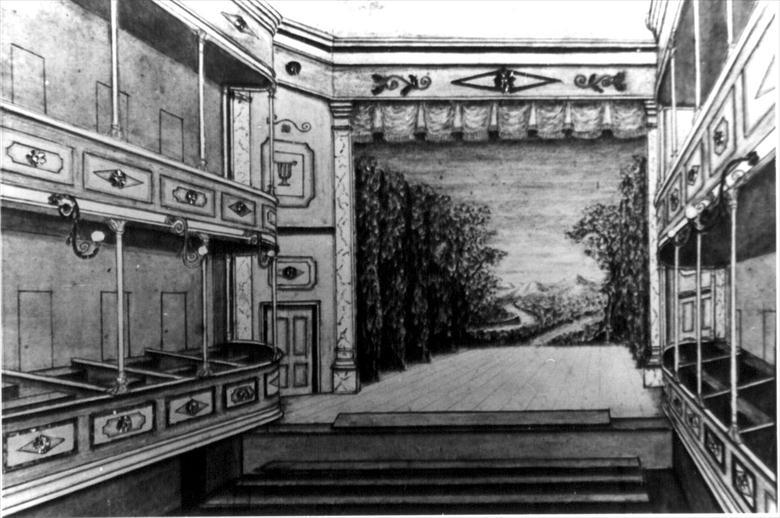 This archive item has been viewed 4816 time(s).