North Walsham's Newsham Fire Engine
This photograph was taken around 1974 and shows the Towns Newsham Fire Engine after it had been restored to working order by North Walshams Firemen. The Newsham No.5 Engine was bought by the Church Wardens around 1725 and a 1728 broadsheet issued by Newsham gave the price as 45, without suction, and 50 with suction (thus allowing the engine to draw water from a nearby pond or stream). It was designed to be operated by up to 22 men, 9 on each handle, 4 standing on top, operating the treadle, and was able to deliver 170 gallons/minute to a distance of 150ft.The engine was in service until the latter part of the 19th Century. A Trade Directory of 1883 notes that the Volunteer Fire Brigade, formed that February, bought a new, horse-drawn Fire Engine capable of throwing 100gallons/minute to a height of 100ft. 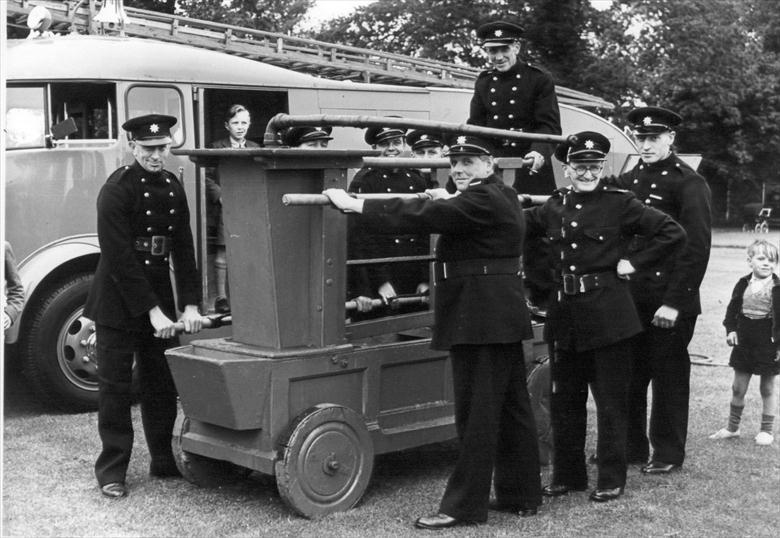 This archive item has been viewed 2868 time(s). 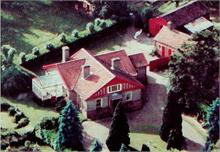 132 Norwich Road showing, on the top right, Frank Mann's buildings which were behind behind the glider shown as July 1938