The Oaks, North Walsham. Probably Mrs Wilkinson with dog. Demolished in the 1930s

The "Oaks", North Walsham
This photograph of the "Mansion of North Walsham" was taken about 1912 by R.M.Ling (l). The house was situated on the land behind the now Post Office and Fire Station. Originally owned by the Withers family of North Walsham, it was taken into the Cooper of Great Yarmouth after the marriage of Ann Withers to Thomas Cooper ll (Old Captain Cooper) where it remained until the death of his son in 1808. It was bebuilt in the 1780s to the much grander scale seen above and passed into the hands of the Rev W.T.Spurden, Headmaster of the Paston School between 1807 1825. At its height, the estate owned 120 acres in North Walsham including the Cross Keys Inn, The Inns Bowling Green (which later became the cattle market and is now underneath Roys) and most of the land bounded by New Road, Pound Road and Hall Lane, which was the orchard and vegetable garden for the house. All the land between the Yarmouth Road, and Happisburgh Road, extending beyond the Park and the High School, was also part of the estate. In later years, the estate passed to Mr John Wilkinson whose widow gave the town the land for the North Walsham Cottage Hospital in 1919. John Wilkinson founded the solicitors Wilkinson & Davies, now the Canada House Partnership on Grammar School Road. It is believed that the figure standing on the tennis court is Mrs John Wilkinson. The roof visible over the trees is that of the Christopher's and/or Martins Newsagents. The building was demolished sometime around 1930. 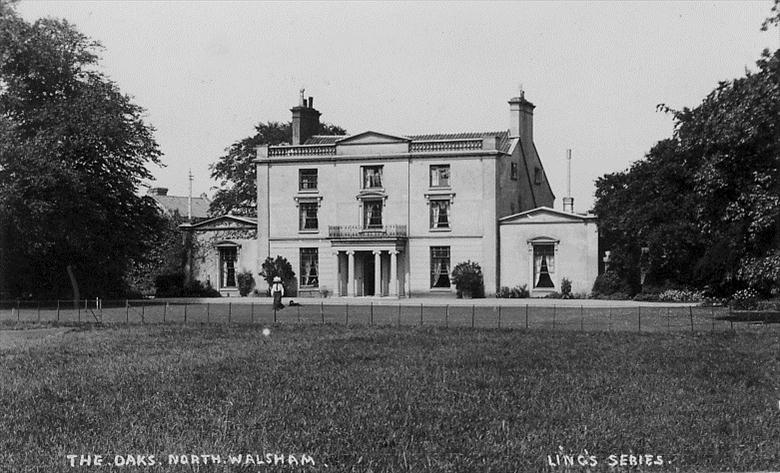 This archive item has been viewed 4252 time(s). 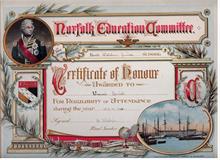 The Attendance Certificate given to Winnie Smith by the North Walsham Junior School at the end of the school year 1912-1913.