This photograph shows the first motor ambulance for North Walsham, presented to the local St John’s Ambulance Brigade in the Market Place in November 1927 (three years after the local St John’s was formed). It was purchased entirely as a result of local fundraising efforts. The use of it was obtained by ringing North Walsham 17. Most members had to hold nursing certificates as well as First Aid qualifications and had to be prepared to help out at the War Memorial Hospital when called upon! When this photograph was taken the officers included John Dixon who was the President. He was evidently a lively man of the town, as he was also an auctioneer, estate agent, President of the town’s Volunteer Training Corps, Cottage hospital president and later its Chairman, church organist, magistrate, and owner of the Picturedrome in Kings Arms St. which he converted from an earlier premises. He also owned the Corn Hall (used for dances, meetings,etc.) which adjoined his auctioneer’s office. 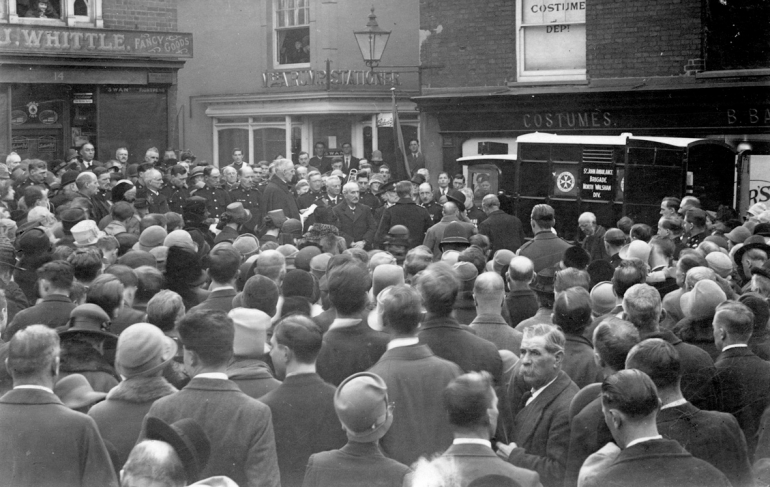 This archive item has been viewed 125 time(s).

Advert from the 1927 Town Guide showing the interior of Ling's Chemist at 13 Market Place, North Walsham.