The North Walsham Churchyard, looking east
The following text is taken from an extract of the North Walsham & District Church Magazine published in June 1901.In the early 20th century , the condition of the churchyard was giving rise to concern.

At a Churchyard Improvement Meeting,on May 13th 1901, the vicar enumerated some of the more flagrant nuisances to which the unprotected grave spaces were being subjected and admitted that the existence of so many rights of way through the churchyard made it difficult to keep it always as a churchyard should be kept. Mr Gaymer, the vicars churchwarden, explained a scheme involving iron fencing, of which he showed a specimen yard, which would protect the graves and regulate the numbers of footpaths at a cost of around 200.

By the time the magazine went to press in June, 50 subscribers had donated a sum of 130.12s.6d and tenders were to be invited when the sum exceeded 150. The scheme eventually came into fruition in 1903 when the churchyard was fenced and planted with shrubs.

The photograph, taken around 1907, shows the success of the scheme and the layout of the paths which are largely simillar to today. Alas, the scheme was short lived as the demands for scrap metal during the First World War saw the metal railings removed from the churchyard as well as those from around the Market Cross which shielded the Newsham Fire Engine beneath. 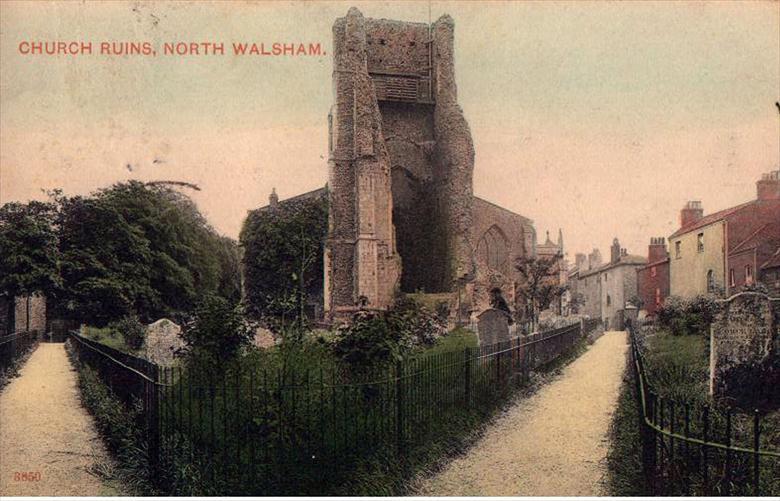 This archive item has been viewed 2776 time(s). 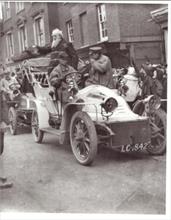