North Walsham Cable Repeater Station Home Guard, c. 1943. Officially they were members of 'B' Company, 6th (34 GPO) Battalion, Cambridgeshire Regiment, Home Guard. Back row, left to right: Jack Taylor, Mr Strapps (postmaster), Frank Mann, Charlie Larkins, George Oakley, Lenny Brown (inspector of engineers), 'Tubby' Cutting, Jimmy Duncan, Edgar Richardson (postman). Middle row: Cpl. Bob Lancaster, Sgt. Bertie Manning (survey officer); Cpl. Edgar Cook (gang foreman). Front row: Cyril Chatten, Bertie Lawrence, Derek Manning. Directives were given for the GPO's own Home Guard to protect the local communications network from the Cambridge headquarters. Initially armed with pick-axes, these men worked a day at the station then, if it was their turn, they would return and do guard for the station from 7.00 p.m. to dawn. After the war it was found that most of the equipment had been removed from the station in 1939 and in effect all that while they had been guarding nothing. 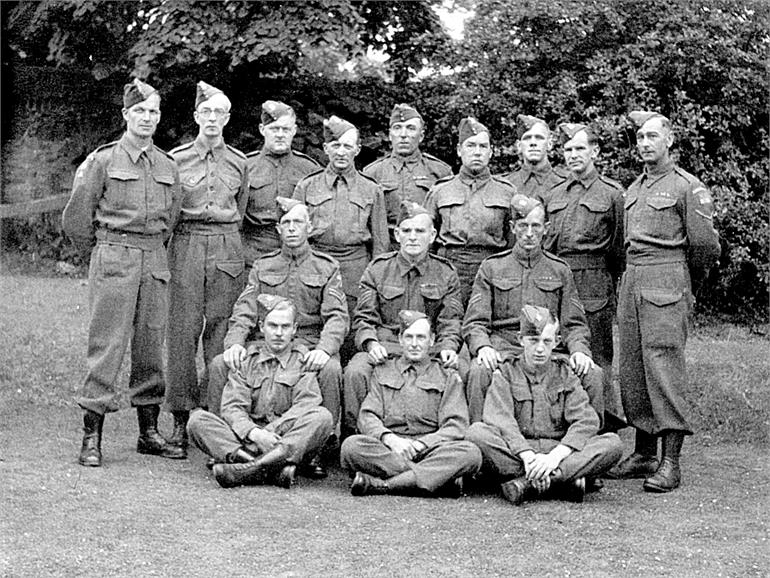 This archive item has been viewed 1117 time(s). 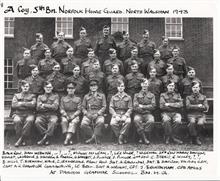