Horace Mace & Sons
Fortunately the frontage of No.7 Market Place has not substantially changed since this photograph was taken around 1920 1925. Horace Mace were well known cabinet makers and upholsterers, who proudly boasted that they were established in 1790. The trade directory of 1838 lists a Joseph Mace, cabinet maker, situated in Church Alley, which remains as a path leading north from the churchyard beside the St. Benets Hall. By 1845 the business had moved to the Market Place premises and, in the 1850 edition, the business was described, just that once, as carpenters and joiners with four apprentices.

By 1883, the business had become Horace Day Mace, cabinet makers, upholsterers and sawmills and continued as such until 1912 when the name Horace Mace & Sons first appears. The firm continued under this title until the Town Guide of 1927, when they became Horace Mace & Sons (Charles J.Mace). This was the last reference to the business and it is not listed in the trade directory of 1929. Between 1912 and 1919 there was considerable diversification and Parish magazines describe them variously as China Merchants, Blind Makers, Re-upholsterers, Stockists of Carpets and Linoleums and as offering an usual service of "Beddings Remade as New".

In a 1927 advert they offered "large stocks of high-grade furniture of thoroughly dependable qualityat prices that are as low as is compatible with first rate material and workmanship".

Since then the property has been home to Currys Cycle Agents and later Electrical Retailers, Louis Restaurant and Takeaway and is now (2009) the Coral Betting Shop 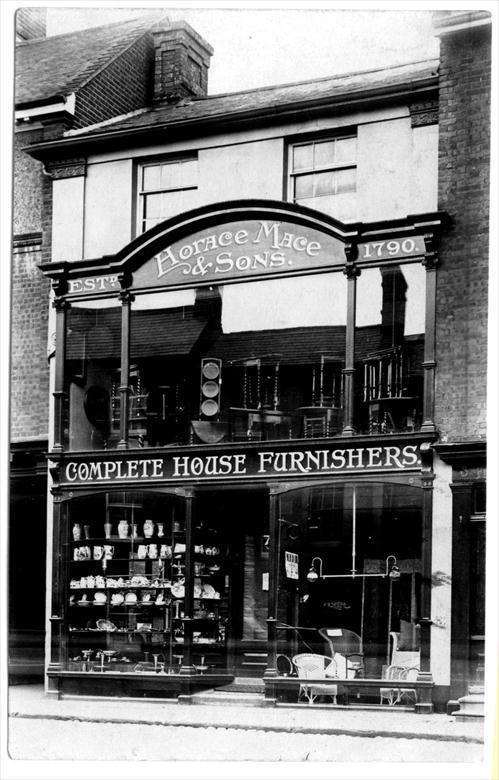 This archive item has been viewed 2708 time(s). 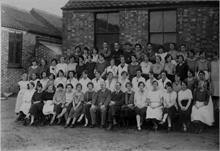