Funeral Cortege in North Walsham Market Place
Taken around 1907, this photo shows a squadron of The Kings Own Royal Regiment Norfolk Imperial Yeomanry marching with "reversed arms" at the head of a funeral procession passing the Market Cross.

B squadron was stationed in North Walsham and had its headquarters in the King's Arms Hotel. Major A.F.Morse was commanding, Lieut. J.F.Barclay, second in command and Squad.-Sergt.-Major H.Hastings, Norwich Road, drill instructor.

Before 1905, it was the Norfolk Squadron of the Suffolk Imperial Yeomanry and, in 1908, became the Kings Own Royal Regiment Norfolk Yeomanry (Dragoons).

It later became an Anti-Tank Regiment and, through many name changes, fought at Arras in World War l, North Africa (1941), Italy, Normandy and finished World War ll at Kiel.

In 1991, it became the 202 (Suffolk and Norfolk Yeomanry Battery of the 106th (Yeomanry) Regiment, Royal Artillery (Volunteers). 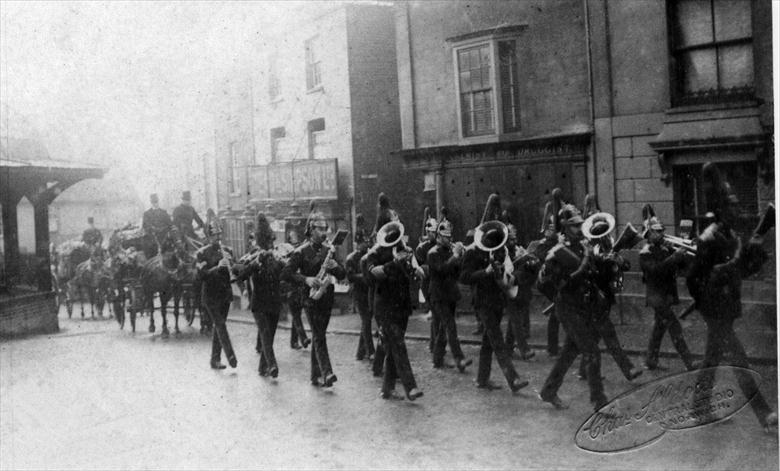 This archive item has been viewed 3066 time(s). 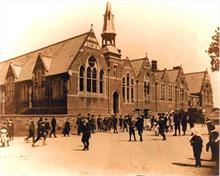