Marjoram's Gents Outfitters, situated on the right of the church entrance from the Market Place, was established in 1901 by Mr.Fred Marjoram. In 1912 he was joined by his brother, Frank, who opened a drapers business in the property in Church Street that is (2009) Martin's Newagents, and the firm became Marjoram Brothers. Around 1930, the drapery side was closed and, during the Second World War, following the death of Frank, Fred Marjoram carried on the business with his daughter Doris Rayner. Her husband Herbert, who had been an outfitter before the War, joined Marjoram Bros as a partner after his demob in 1946. On the death of Fred, Herbert ran the business with his wife, Doris, until joined by Mr.L.H.Polly in 1962 who, eventually, became a partner and, on Herbert Rayner's retirement in 1977, ran the business until 31st March 1988 when ill health forced its closure, exactly 87 years after its opening.
For many years the firm were the official agents to the Paston (Grammar) School for the supply of uniforms. 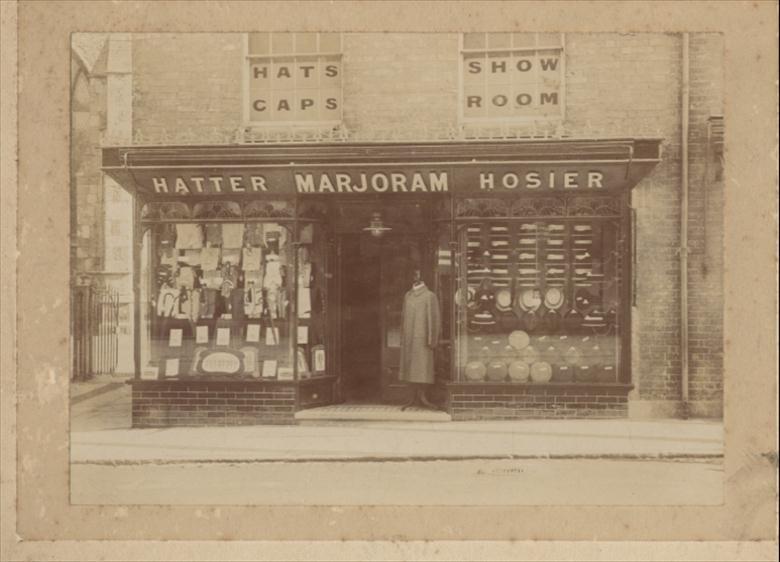 This archive item has been viewed 2595 time(s).

Thelma London at school in Lodin during the second world war. Thelma is holding the placard.