The Duncan Alvis
In 1946 both Healey and Alvis were producing more chassis that they could use and this led to Duncan Industries building bodies for them. The success of the prototypes using bodies of the Hillman Minx, Ford Anglia and Ford Prefect so impressed the Alvis agents at the Reliance Garage in Norwich that their Sales manager, Stan Bosher, asked Duncan to body-up an Alvis Fourteen Chassis.

The above photograph shows the first, bright yellow, Duncan Alvis leaving Park Hall, New Road, on a road test. Designed by Frank Hamblin, it was coach-built and each frame took three weeks to make, on a jig with 62 pieces of laminated ash screwed and glued with Aerolite 300F, the resin used to hold the wooden Mosquito aircraft together.

Before Duncan Industries became self sufficient, the early frames were made by boat builders Graham Bunn of Wroxham and Herbert Woods of Potter Heigham. With their body building capabilities progressing, Duncan Industries soon outgrew the Park Hall premises and, in the autumn of 1947, took over one of the old hangars and other outbuildings at the old RAF Swannington, and transported the 140 strong work force daily, by bus.

The Alvis Owners Club believe that 30 Duncan Alvis cars were made, of which about 15 survive. 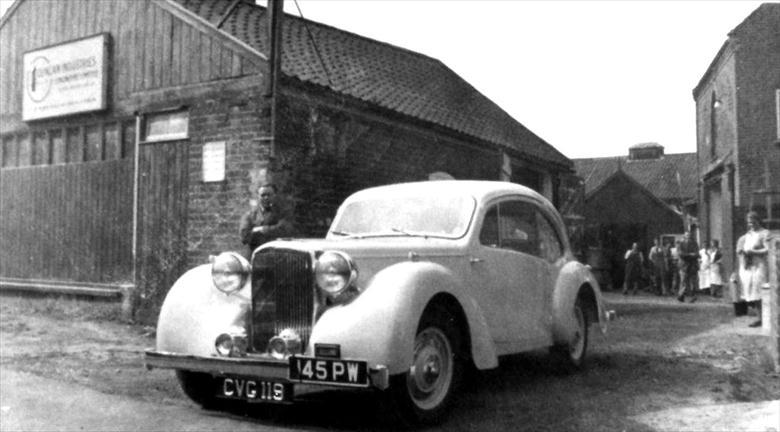 This archive item has been viewed 3648 time(s). 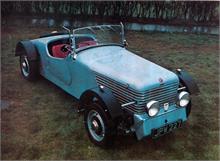 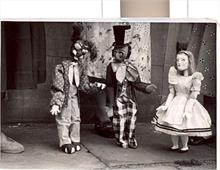