Taken from a guide book written by George Hare, Headmaster of the Paston School and published in 1907. The artist was Mr. J. K. Colling.....

"The South doorway is approached by an uncommonly beautiful Porch. For various reasons, but chiefly owing to their comparitively small expense, the porches of churches were often built much more sumptuously than the churches themselves. Thus, in many cases, whilst the walls were built of undressed or split flints, those of the porches would be of squared flints, or - though much more rarely, as at North Walsham - of squared flints arranged in zones of different colours.

The porch under discussion is of the same style, and apparently of the same date, as the monument of the Black Prince in Canterbury Cathedral, and of Edward III at Westminster.

Reference has already been made to the decorations of the Porch, and it is only necessary to say here how much it is to be regretted that these decorations are so imperfect. Some idea of the loss sustained may be gathered from an examination of the beautiful water-colour drawing in the possession of Mrs. Robinson Cornish, presented to her by the late Mr. J. K. Colling, an artist upon whose skill and knowledge in matters architectural, absolute reliance may be placed." 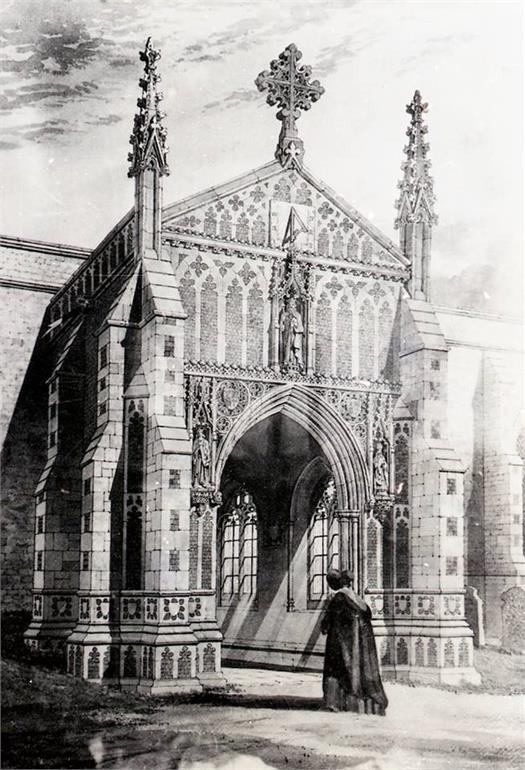 This archive item has been viewed 584 time(s).