Barclay's Bank
This photograph was taken by R.M.Ling (l) around 1910 before the first floor frontage was changed to its present form with the doorway on the left of the building on 1911.
Previously this was one of our lost public houses, the White Lion, which gained notoriety in July 1736 when the premises were raided by Excise men who seized some 600lbs of tea and 14 gallons of contraband brandy. The landlord of the time was reputed to have organised a band of smugglers along the coastline from Trimingham to Happisburgh.
Around 1850, the White Lion closed and the property became the bank of Gurneys, Birbeck & Co. who had moved from their previous address on Church Street. By 1892 the bank was called Gurneys, Birbecks, Barclay & Buxton, drawing on Barclay, Bevan & Co., London.
After the death of John Gurney, of Sprowston Hall, the bank was sold to Barclay & Co. Ltd. as on the photograph, in January 1897. It is interesting to note the among the vendors were Samuel Gurney Buxton, Hugh Gurney Barclay and John Nigel Gurney, which indicates the closeness of those families at the time.
The sale included the Bank and House, the stable (now a chiropody clinin) and the garden (originally the White Lion bowling green) which is now part of the Bank Loke car park. 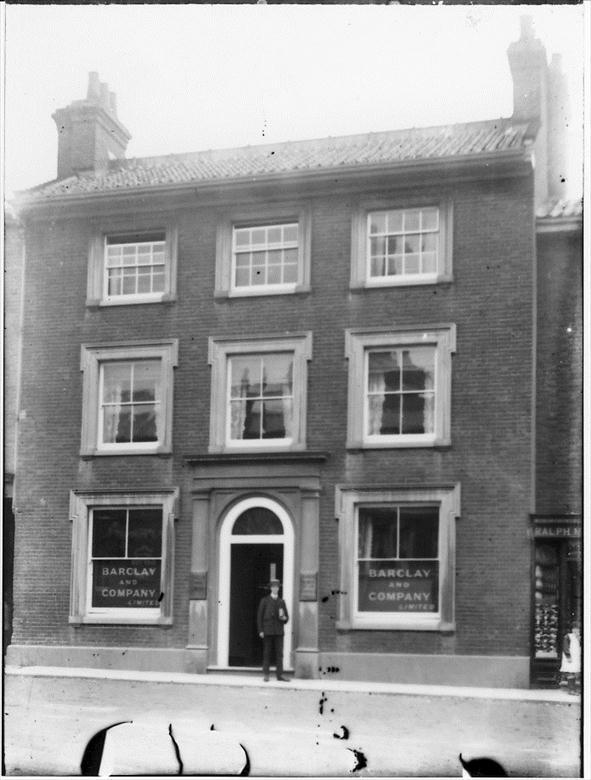 This archive item has been viewed 2634 time(s). 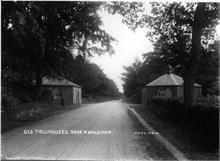 Tollhouses at Westwick Woods on the North Walsham to Norwich Road 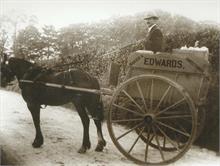